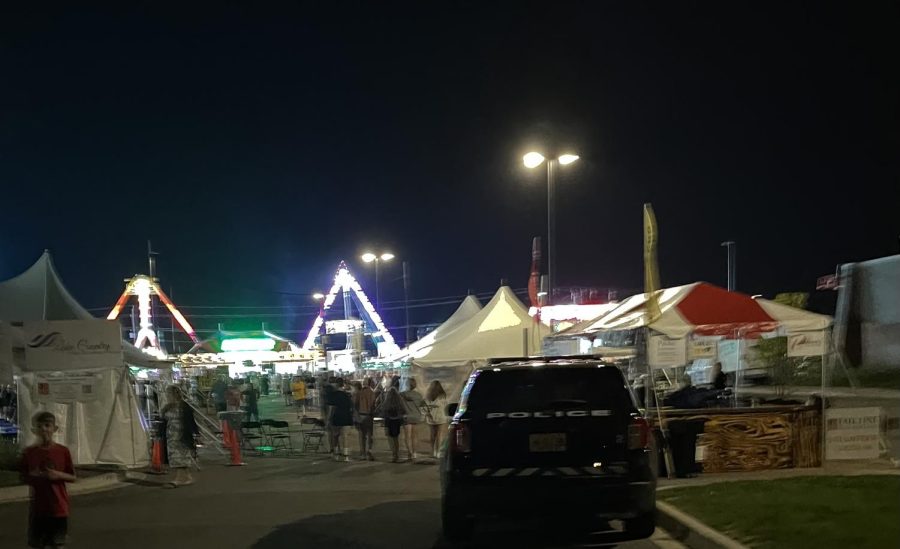 When the clock strikes 9 and the football game is over, where do Arrowhead students go?

This past weekend, Fall Fest, a festival to celebrate the incoming fall, was hosted in many towns across Wisconsin.  Amongst Arrowhead students, Hartland’s own St. Charles’s festival was popular.

The St. Charles Fall Fest brings in classic carnival rides, food, and music each year.  This year, it was from 4-11pm on Friday, September 9th, until Sunday, September 11th at 313 Circle drive in Hartland, Wisconsin.

Despite Fall Fest being an all-weekend event, most of the crowd attended on Saturday because the forecast was all rain for Sunday.

Fall fest guests from Arrowhead shared a variety of emotions about the event; some said it was fun and others thought differently.

“I went with a few friends and had a good time.” said senior Olivia Schmidt.

Most rides cost around four tickets.  For a set of twenty tickets, the cost was $20 dollars while those who wished for infinite tickets paid $110.

Sophomore Kourtney Calmes said the $20 she spent on tickets was not worth it. Despite having said it was not worth the ticket fee, Calmes said, “It started raining, but it was still enjoyable.”

Other students such as senior Chayse Farris say that the experience at Fall Fest was worth the $20 spent on the ticket.

Aside from rides, Fall Fest also had a variety of games, food, and activities to offer including face painting, cornhole, live music, raffles, and much more.

Kate Sprinkman, a senior at Arrowhead, said that “there was nowhere to park.”

To assist others who may have had a difficult time parking, there was a shuttle running daily to bring attendants to the church.

Each year, St. Charles has a Grand Raffle.  This year’s first place prize was $25,000 with tickets available to purchase at local businesses including Piggly Wiggly.

For those who wish to attend next year, St. Charles will be hosting the 2023 Fall Fest from September 8th to September 10th.  Learn more information on the official website.