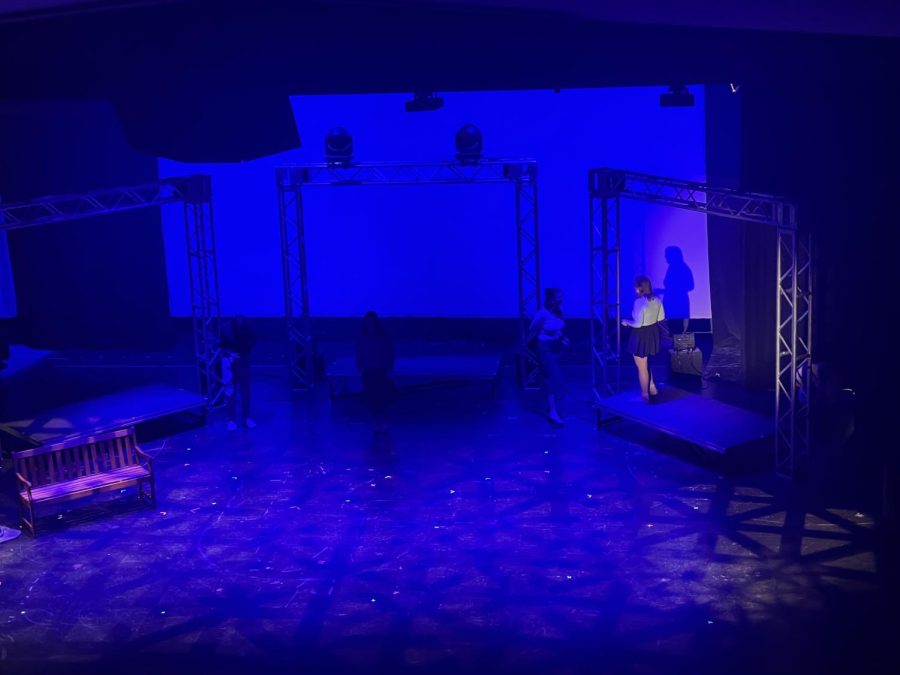 The first two days of tech rehearsals were set to end at six thirty pm. They were three hour rehearsals as the actors were finally getting on the stage to practice. The student directors and choreographers had to stage the songs to make sure everyone could be seen. The songs were run through once fully after going over the staging.

Production Crew for this show is made up of stage crew students in all four grades. The Spot Operators and Running Crew got to learn the show the first two days. They started their jobs for the show on Wednesday, March 2nd, 2022.

Kara Jorgensen, a senior at Arrowhead, is an ASM for this show and was straight to work on day one. She made sure that all of the set pieces used in the numbers were spike taped in the correct places as well as taking notes on what needed to be fixed and the color of spike tape for each scene.

The remainder of tech week was focused on programming lights into the lightboard and writing down cues. The spot operators communicated with the stage manager and light board op to know which actor they were supposed to be on with their spotlight.

Ursula Rose, a senior at Arrowhead, said, “For my running crew and I, tech week is going very well. The only downside is the long nights, but cuing lights is a slow process. This show is relatively easy because there are not many set pieces.

Wednesday and Thursday were set to end at nine pm and set up similar to Monday and Tuesday with running one act each day. These days were used to program and cue the lights for each number. Friday was set to end at nine-thirty with doing the full run through of the show.

Rose said, “I know the show well and have all my work organized. I’m looking forward to sitting in the wings and running the show!”

Tickets for MTN can be purchased using this link. The tickets have sold quickly as MTN is a very popular show. As of Thursday, March 3rd, 2022, there are tickets left for all three nights towards the back of all three sections.