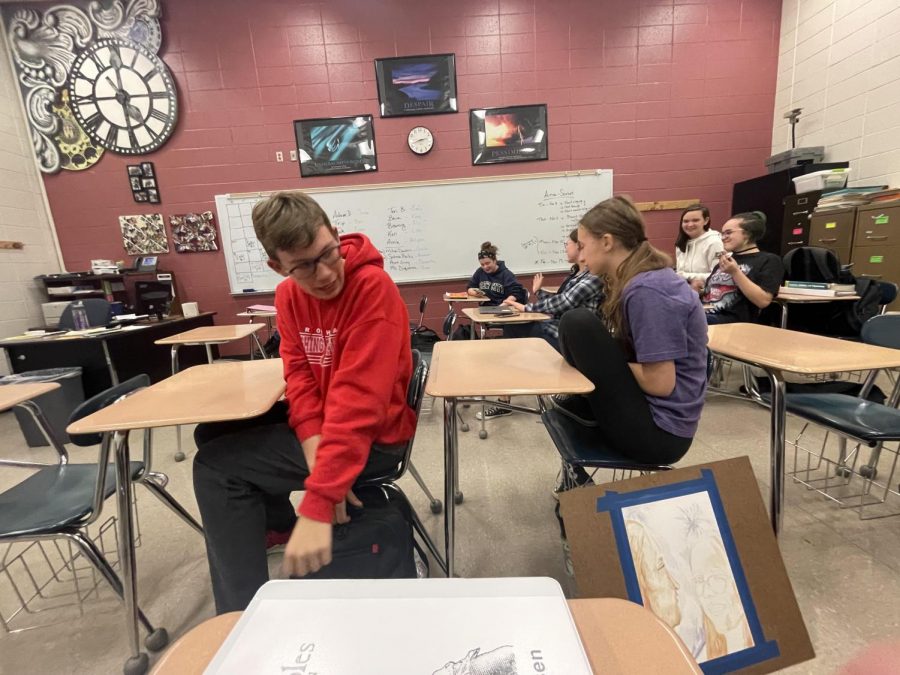 Arrowhead Stage Crew had a mandatory all crew meeting on Tuesday, November 16, 2021. The meeting took place after school in the N100 room from 2:45 to 3:15pm. Tech work was to follow the meeting right after with the crew kids staying to help build the Les Miserable set. The meeting included information about the new fundraiser that is for the cast and crew of Les Mis.

In an email to Stage Crew, Maralynn Markano, an English, acting, and advanced speech teacher, drama director, and stage crew advisor at Arrowhead, let the crew kids know the plan by saying, “This is an IMPORTANT meeting to kick off our BIGGEST fundraiser to raise money for Les Mis and the spring show. It is NEW, so I need to explain it in detail.  AND….if we are adding dates to the tech schedule, I will go over that, too!”

The fundraiser that is raising money for Les Mis and the spring show is Snap! Raise. It is sort of like a go fund me with raising money off of donations people make to the

fundraiser. The minimum amount for people to donate is $20. If half of the cast and crew combined gets donations that is $14,000 and if one-fourth of the group gets donations then the proceeds would be $7,000.

People interested in donating can help out one of the Stage Crew members and learn more about the show by going to this link and donating to the fundraiser. Donations can be made at the bottom of the page. Donation amounts range from $20 – $1000.

Katelyn Olson, a sophomore at Arrowhead, said, “I would send emails to the people right away asking to donate so they wouldn’t get spammed.”

During the fundraiser, Snap! Raise is going to be sending out emails to the emails students imputed as a reminder to donate before it’s too late. Olson refers to this in her quote and would stop it by sending out personal emails telling people about the show and asking them to donate.

Money from the fundraiser can help pay for the proceeds of Les Mis along with getting new equipment for the theatre such as LED lights and new mics.

Markano said that she doesn’t want to mimic Broadway Company’s way of fundraising since it would be the same places donating and that it is important to do different things for fundraising.

Doing the Snap! Raise fundraiser gives the drama department a higher return than if they were to sell candy bars. It would be great if all of the students participated to hopefully bring in more donations and raise more money.

This isn’t any ordinary fundraiser though where students raise money to help with the proceeds for shows.

Markano said, “We’re going to make it a competition”.

The competition was between the Les Mis cast and stage crew.

If stage crew has more donors that donate, then stage crew wins against the cast. Whichever team earns the most money through donations gets to see their advisors and/or directors get pied in the face at one of the tech or dress rehearsals.

According to Markano, the cast and crew will get a spirit wear prize for a specific amount of donations that people make.

The competition isn’t about how much money they donate, but it is about the number of people that donate.