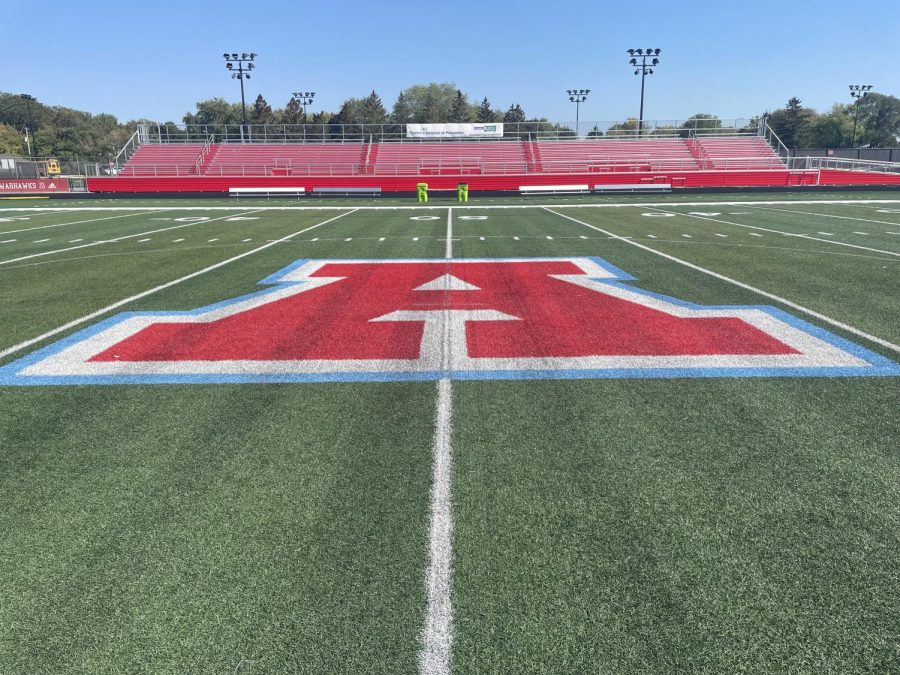 On September 20th, an email was sent out to Hawkette dancers and parents by Activities Director Ryan Mangan announcing a new coach mid-season saying, “I am happy to announce we have hired Tami Ennis as our Head Coach for the Hawkettes.”

Tami Ennis has taken over the role as head coach of Arrowhead’s varsity dance team. Ennis had been coach at Arrowhead for five years and prior to that she was the Hamilton High school dance coach. Ennis’ last year at Arrowhead was the 2019 season but now, she is back.

Ennis says, “It feels exciting to be back to coaching the Hawkette Dance Team. I loved coaching the team and was honored to be able to be a part of the team again.”

The previous Hawkette coach resigned and the team was left with the assistant coach, teacher Kristen Falkner.

Ennis said, “Since my last year here coaching, I don’t see too much being done differently. We as a team will continue to grow and work hard to perform our best and to support the other teams here at AHS.”

Tweeden said, “I was worried the season would be compromised because of not having a coach. I was thrilled to find out that Coach Ennis was going to be the one to fill the position.” Tweeden and Renner also commented on how excited they were excited for Ennis to see how far they have come since their freshman year.

Ennis’ first event back will be the homecoming parade Friday October first. She said, “I am looking forward to bonding as a team. The girls are hard working and motivated to do their best this year.”