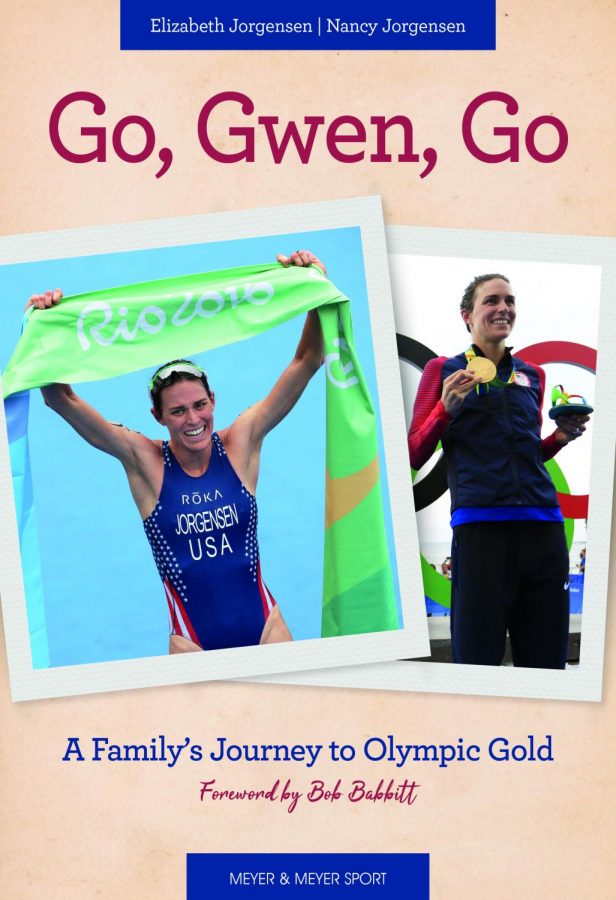 Elizabeth Jorgensen, an Arrowhead English teacher, wrote and published a memoir with her mother.

Elizabeth Jorgensen, an Arrowhead English teacher, has written and published a memoir about her sister who won the 2016 Olympic gold medal in the triathlon. Go, Gwen, Go: A Family’s Journey to Olympic Gold is set to be released on October 18th, 2019 from Meyer & Meyer Sport.

Go, Gwen, Go is written and narrated by both Jorgensen and her mother, Nancy. Nancy was a teacher at Arrowhead in the choir department for over 30 years.

The forward to Go, Gwen, Go is written by Bob Babbitt, well known in the triathlon community, Jorgensen says.

The memoir is about the professional and family life of the Jorgensens. The topics of nutrition, training, life changes, and family are explored in the book.

“I’m really excited to have the book released. It is available now for pre-order on Amazon, Barnes & Noble and Target,” Jorgensen says.

An overview of the book is on Barnes & Noble: “Narrated in alternating voices by mother Nancy and sister Elizabeth, Go, Gwen, Go…is an inspiring story about Olympian Gwen Jorgensen and her family. This memoir introduces readers to a young woman of modest athletic achievements who uses desire and discipline to attain the ultimate in sport—the Olympic gold. Readers will enter the secret world of Olympic training, professional coaching, international travel, sponsor funding, anti-doping requirements, athlete nutrition, and sports physiotherapy…In this inspiring story, Gwen Jorgensen and her family grow together, from average to Olympian.”

With the publishing date less than a year away, Jorgensen is beginning to promote and market her memoir.

“To get ready for the launch, I’m doing promotion,” Jorgensen says. “I also wrote a blog about how I used Go, Gwen, Go in my classroom. I was so thankful to serve as a guest blogger for Brevity.”

Two years after Jorgensen and her mother finished writing the manuscript, the company, Meyer & Meyer Sport, wanted to publish the story.

In the Brevity post Jorgensen wrote, “After my mom and I completed our manuscript, we submitted it to publishers, agents, and editors. The rejections packed our email and mailbox, forcing us to ask, Is our memoir good enough? Does it have a place in the market? Will anyone want to read it? Despite rejections, our answers remained yes, yes, yes.”

In her Creative Writing classes at Arrowhead, Jorgensen used her experience as a lesson to her students. She shared her letters and emails of rejection. Jorgensen told her students that different audiences will react differently to different stories. She told them that writing is an art form and has the capability to change and grow.

“I really hope people enjoy the book and find inspiration in our story,” she says.