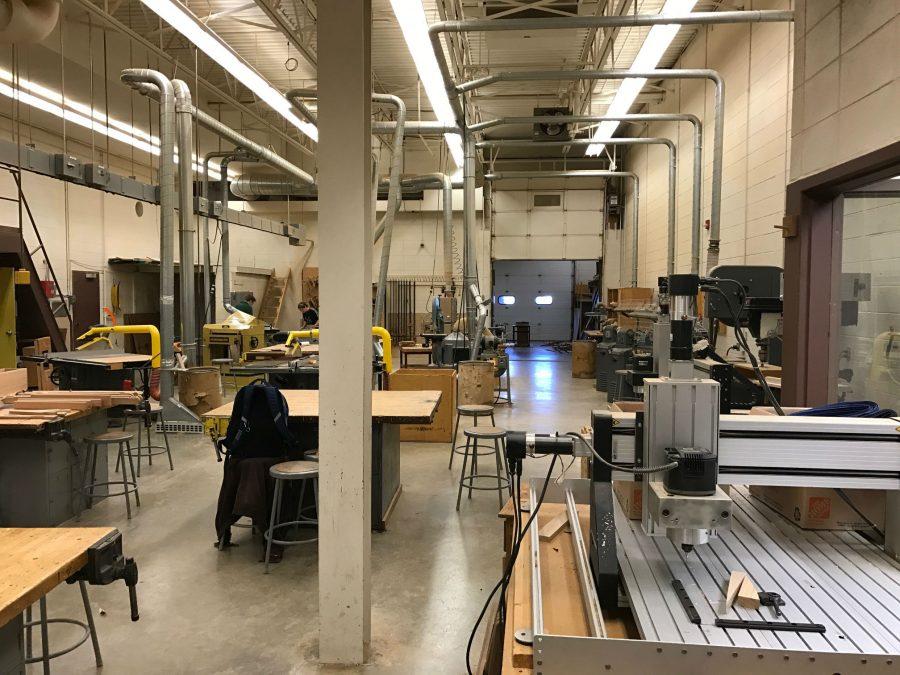 On Arrowhead’s first day of school after the new year, on January 2nd, there was an accident in Woods Survey. During this accident, Arrowhead senior Kevin Hill severed multiple fingers while using a rotating table saw, according to Arrowhead senior Brady Steger who was nearest to the accident.

He said, “It was the first cut of the day on that table saw and Kevin asked me to catch a piece of wood for him that he needed to cut. It was a very thin piece of wood so he needed to use a push stick to push it through so he wouldn’t have to get his hands close to it. When Kevin was pushing the board through the saw, the saw got caught on the wood and gave some resistance. It seemed like Kevin pushed harder with the push stick to get it to go through. Once the board gave into the extra strength, and was cut by the saw, so were his fingers.

“Once the board was all the way cut, he was still pushing with the same strength, which made him push the push stick into the spinning blade, along with his hand and fingers. I thought the piece of wood just got caught and was slapped down by the saw, but once I saw Kevin holding his hand up to me, I knew it was more than just the board that was cut.

“Kevin held up his hand to me very calmly so he must have been in shock. All I saw for sure was that two fingers were completely severed, bone and everything, and another one was hanging off his hand by a thread of skin. It was his index, middle, and ring finger. One finger ended up on the table next to the saw but it took them a little bit to find the other one, they ended up finding it in the sawdust under the table thankfully.”

After the incident the teacher, Jeremy Schlitt, responded quickly, according to  Arrowhead senior Caleb Beversdorf.

Beversdorf said, “Kevin was in shock, so he was still calm and he shook his hand almost like you do when you get a small cut on your hand, and a bunch of blood went on the floor which is when people started to realize what had happened. As soon as the teacher saw, he screamed in surprise and immediately grabbed him and took him to the office. Another teacher that was in the room called 911 immediately. Mr. Schlitt wrapped [Kevin’s] hand in paper towel and got him into a wheelchair. An ambulance pulled up to the garage door at the back of the school and Kevin went with the EMT’s. It was a horrible accident and all of us felt terrible. The whole class ended up going home after the accident. [This incident] just goes to show how dangerous that stuff can be and how careful you have to be.”

Close friend of Kevin, Arrowhead senior, Brandon Biggs contacted his friend, Kevin, soon after the accident and after his surgery.

Biggs said, “Thankfully they were able to attach all of his fingers except for half of the pointer finger because he cut the bone. He’s currently at Froedtert in Wauwatosa and will not be able to return to school right away. He’s going to be home schooled for three months before he comes back.”