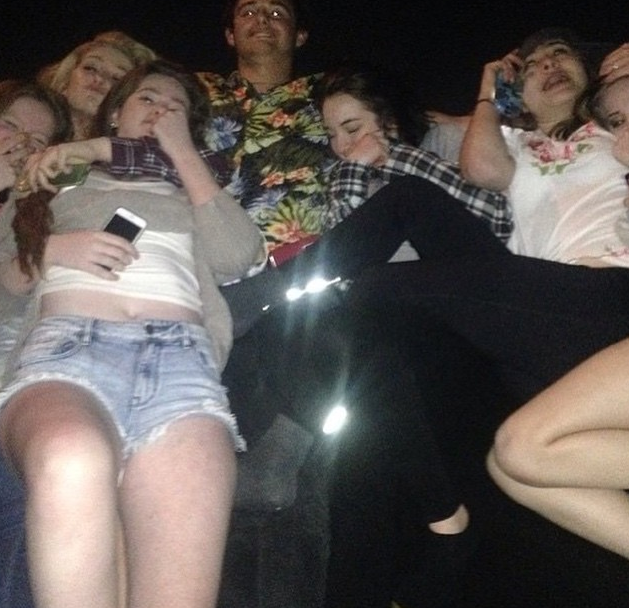 Kettle Moraine and Arrowhead coexisting together.

“I think our overall views of arrowhead is from your athletic teams, and if a member of KM doesn’t know anyone from Arrowhead, they assume everyone there is like the athletics team, very competitive and cocky. i personally have no views on the student body of arrowhead because I know a handful of lovely students. I would encourage Arrowhead athletic coaches to focus and teach their players sportsmanship, and punish athletes who don’t respect their opponents when playing against neighboring schools, so a stereotype is not made in the future.” Nick Weix, a junior at Kettle Moraine High School said.

Many Arrowhead students have their opinion on being stereotyped, and don’t feel as though they can be their full potential.

“I don’t really talk to anyone outside of Arrowhead at the moment, but it’s kind of sad that everyone believes that all of the students here are wealthy. Most of us in fact aren’t and don’t wish to be stereotyped,” says Lucy Hundt, a junior at Arrowhead High School.

“I think that neighboring schools have the right to think that about us. Our school doesn’t stop to think of how grateful we are to have the things we do which makes us along with our reputation come off as stuck up and preppy. I don’t think Arrowhead students are self centered, because everyone grew up differently than one another so their personalities differ. If some people come off self centered, I think it’s because they don’t realize it or actually mean to be that way,”  Emily Peters, a junior said.

Teenagers at Arrowhead have reported that they feel uncomfortable at times with who they are and what they enjoy wearing.

“I personally feel that I need to dress a certain way and not do anything out of the ordinary, going to Arrowhead. I need to blend in and not draw attention to myself to get through an ordinary High School day. Without blending in I feel like I would quickly become an outcast and be gossiped about and it is one of my worst fears to be honest.” Hundt says.

“There will always be times when I’ll wear what I desire but there’s always this fear of what people might think of me. I would definitely say that there’s these made up standards at Arrowhead on what people should and shouldn’t wear, but in the end the only opinion that matters is your own,” Peters said.

The reputation that students attempt to live up to around any school is something not all teens can embrace and accept. The real world is not a movie, and many of these stereotypes and clique cliches are not all that they seem.

“I hope in the near future the surrounding schools and people around the area can understand that not all of us are what people make us up to be. We are all unique and have different stories to tell. As for Arrowhead students the advice I would give you is this, just be grateful for everything. Not everybody gets to have a car or expensive clothes or an education. We are lucky to be at a school that cares for every student and wants only the best for us and our future. Be someone you would be proud to know,” Peters says.