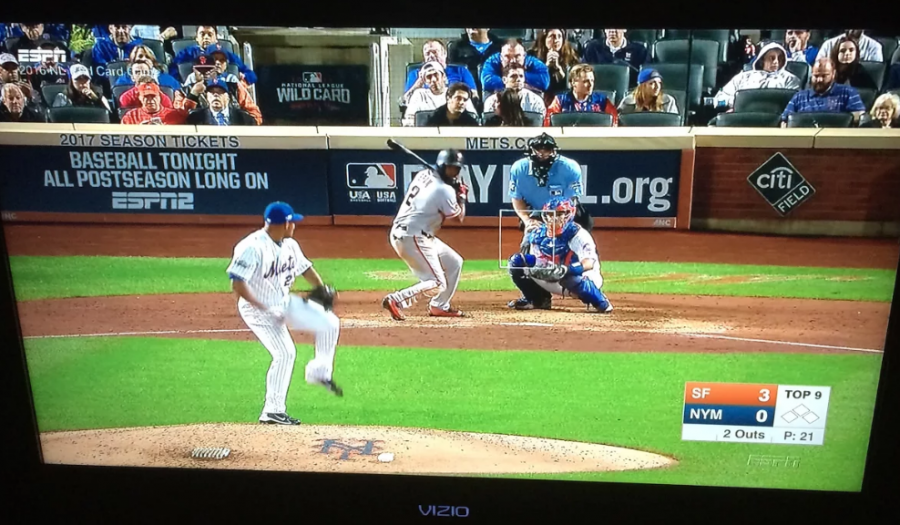 The MLB playoffs began on October 4th, the start of 10 teams’ road to the World Series. Five teams from each league are in the playoffs, with an elimination Wild Card game on October 4th and 5th, the divisional rounds from October 6th to October 13th, the championship round from October 14th to October 23rd, and the World Series starting October 25th.

Eight teams are left in the Pennant race.

The Chicago Cubs are in the playoffs with home field advantage for the second year in a row, and are looking to win their first World Series since 1908 according to baseball reference. Lead by their starting rotation, that includes pitchers former Cy Young Jake Arrieta and John Lester, the Cubs come into the playoffs with the best starting rotation in baseball, according to Tim Kuchin of Baseball Tonight.

The Los Angeles Dodgers, winners of the NL West, look to end their losing streak in the NL portion of the playoff bracket. This is the Dodgers fourth straight NL West title, but they haven’t made the World Series in those four years and have only made the NL Championship Game once. They look to be led by their three-time CY young winner Clayton Kershaw. On June 30th, he was placed on the DL (designated list) with a mild herniated disc. He didn’t return to the team until early September.

The Washington Nationals come into October with their 3rd NL East championship in the past five years. Since becoming the Nationals in 2005, they have not made it past the divisional round of the playoffs, losing to Cardinals in 2012 and the San Francisco Giants in 2014. The Nationals will start CY Young candidate Max Scherzer on Friday, who according to Bleacher Report, has the best shot of winning the award for the 2016 season with an ERA of 2.96 and the most wins in the MLB with 20.

The San Francisco Giants won their Wild Card matchup against the New York Mets on Wednesday 3-0. This is their fourth postseason appearance in seven years, and they have won the World Series in all of their appearances, being in 2010, 2012, and 2014.

The Texas Rangers have been atop the American League West division standings all season.  Last year the Texas Rangers made a lot of trade deadline acquisitions. They got pitcher Cole Hamels which was the biggest prize of last years trade deadline. The Rangers also have their ace pitcher Yu Darvish back on the mound this season and he looks to dominate in the playoffs. This year before the trade deadline they got All-Star catcher Jonathan Lucroy in a trade with the Milwaukee Brewers. The Texas Rangers franchise have never won a world series in their franchise’s history and they hope to win one this year.

The Cleveland Indians won the American League Central division. The Indians haven’t won a world series since 1948. The last time they were in a World Series was in 1997. They lost to the Florida Marlins in the seventh and final game of the series. The Cleveland Indians look to win their first championship since 1948 this season. Their first game was October 6th, 2016 against the Boston Red Sox they defeated them by a score of five to four.

The Boston Red Sox are going to be one of the most feared teams in the American League according to ESPN’s FiveThirtyEight. The Red Sox won the American League East division. It was a close division race all season long. One of the star players for the Red Sox is retiring after the year. The player retiring is David Ortiz. Ortiz is 40 and he is hoping to win a world title and his way out. The Red Sox will face the Indians in the ALDS.

The Blue Jays defeated the Baltimore Orioles on Tuesday October 4, 2016 by way of a Walk off three run homerun in the bottom of the 11th inning. The final score was five to two. The Blue jays have been on of those teams all year that is just good enough to keep going. The Blue Jays won the World Series in back to back seasons, in 1992 and 1993. They look to win one for the first time since then. The will play the Texas Rangers in the ALDS.